I hadn’t posted this until now, because I’m still getting the kinks out. But I thought I’d share some CSS wizardry.

I believe in the marketing research that shows a “Big Orange Button” helps convert sales.

So how can I make a BOB that will scale to different screen sizes?

Create a rounded-corners button with CSS: I’m still fine-tuning this, but people who know code can play with it.

Here’s an example from my spruced-up “Blizzard of ’78” lens.

Here’s a template for the button. You MUST change the width (11em) to fit the width of whatever words you use. For example,  in”Buy on Amazon” button, I used 8.5em.  An em is simply the width of the letter m, so this means that the dimensions listed in ems will scale up and down to match the text.
<a style=”display: block; margin: 5px auto; width: 11em; color: #fff; text-decoration: none; font-family: Arial; font-size: 90%; font-weight: bold; text-align: center; border-radius: .5em; padding: .2em; background-color: #f90; box-shadow: 1px 1px 2px #888888; background-image: linear-gradient(to top, #FF9900 60%, #FFBB44 100%);” href=”LINKgoesHERE”>Buy T-shirt on Zazzle</a></p>
I was a bit haphazard in which dimensions I specified in pixels, which in ems. I think this looks good at different screen resolutions, as I’ve checked with my iPad and this Responsive Design Tester, but… I can’t promise.
Breaking it down:

Here’s a demo of how this button looks on browsers that DON’T support the linear gradient, and those that DO. (Modern editions of all browsers support rounded corners and drop shadow; older IE will just show an orange rectangle with no shadow.)

Maximize Traffic from the Front Page of Squidoo

We’ve had a SquidU discussion about the recent SquidCademy quest, whose prize was getting your lens featured as one of the rotating selections on the front page of Squidoo.

I’ve been pondering how to squeeze the most traffic out of the two to four week window when your lens is part of the rotation.

Here’s some things to remember.

Keeping 400 lenses reasonably updated is serious business. We can do a quick scan for broken images, links and videos, but here’s a meaningful update you can do in five minutes: a quick tweak that can improve traffic to a lens. 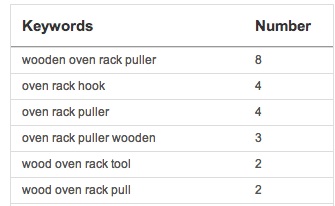 The above steps can be done fairly quickly: (1) check traffic stats (2) search the top phrase(s) and see what the blurb looks like (3) edit your lens in that spot to make sure the wording is as good as possible.

Over time, this may be a simple but effective way to boost traffic to the lens.